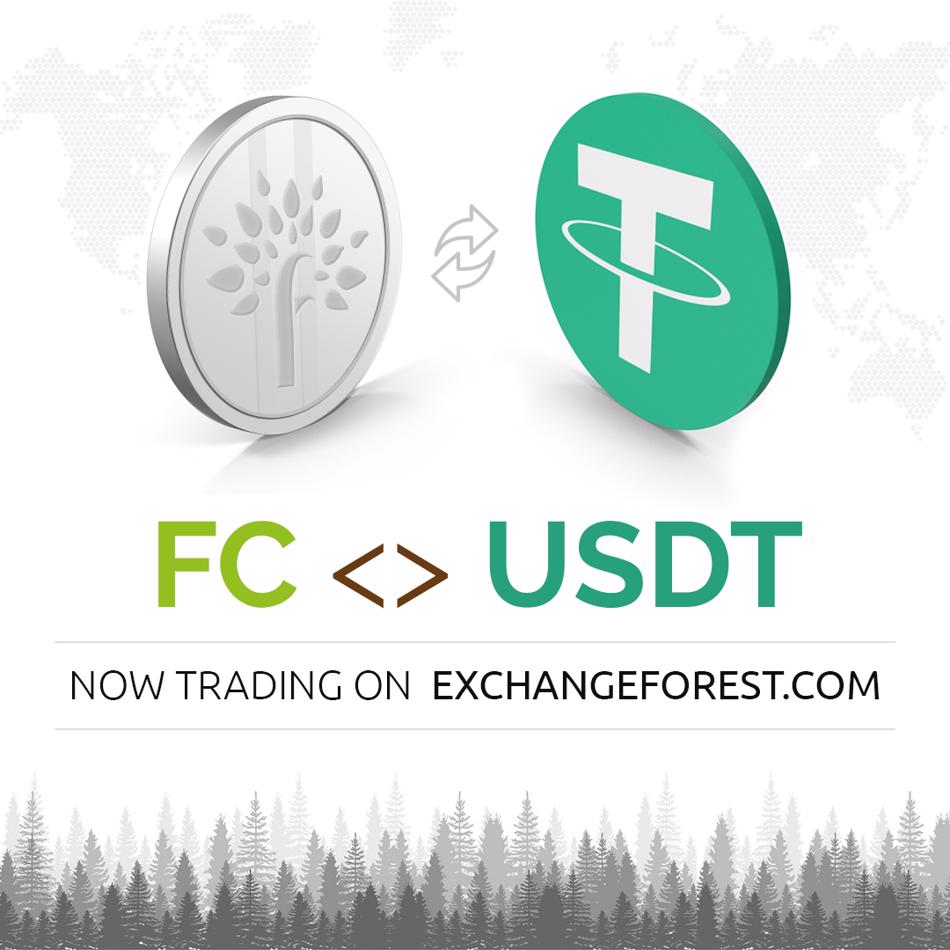 We are putting tree planting at the center of currency creation, and we need your support to make this happen. The Forestcoin project has taken 4 years from conception to being live. Together, we can make this work and become the cryptocurrency of choice for millions of people who are concerned about climate change.

Exchangeforest.com supports trading between FC and USDT (Tether). USDT is the industry's largest stablecoin that mirrors the USD 1:1. We are supporting deposits and withdrawals on the tron network for lower transfer fees in and out of the exchange.

Late last year, the United Nations Framework Convention on Climate Change released a report stating that the planet is heading toward warming of 2.7 degrees Celsius above pre-industrial levels. UN Secretary-General, António Guterres, called the current path "catastrophic". There truly are dire consequences if climate change is not brought under control.

In 2018 US Presidential Candidate Bernie Sanders hosted a Town Hall meeting on climate change and the panel was asked if scientists have “found something that sucks carbon from the air”, which was answered by the Director of Climate Science at UCS, Dr. Brenda Ekwurzel, who said "Yes, one of the most famous is a tree".

Our planet needs reforesting, and simply by choosing to use Forestcoin as a means of payment you can be part of the solution to climate change by supporting people who plant trees.

Lots of love and good vibes from the Forestcoin team.

Prev Forestcoin trading to commence on exchangeforest.com at 5:00 am UTC Tuesday, 4 January 2022 | KYC now being processed

Next Congratulations! You monetized tree planting!