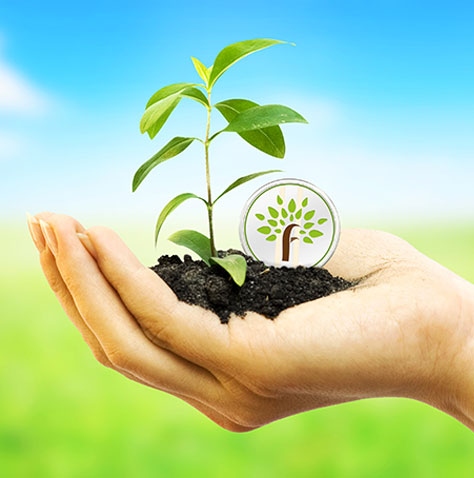 12.5 Forestcoin is issued when a tree is planted

One tree for every person. One forestcoin for every tree.

Forestcoin has the ambition to plant one tree for every person on the planet.

With this target in mind, the maximum number of forestcoins that will ever be created is one coin per person on Earth.

Forestcoins are created and issued into circulation only when a tree has been planted.

As of this moment 1,262 trees have been planted and 13 forestcoins have been issued and are in circulation. Forestcoin is currently in Stage One of the Coin Release Program and 12.5 coins are issued for each tree planted. Future stages will have a lower number of coins issued per tree planted.

Stage One will close when:

Stage Two will release 50% of all remaining coins, at a rate of 6.25 forestcoins per tree planted, and will close when the number of trees planted reaches 2/25th (or 8%) of world population.

Stage Three will release forestcoins at a rate of 3.125 forestcoins per tree planted, and will close when the number of trees planted exceeds 3/25th (or 12%) of world population. 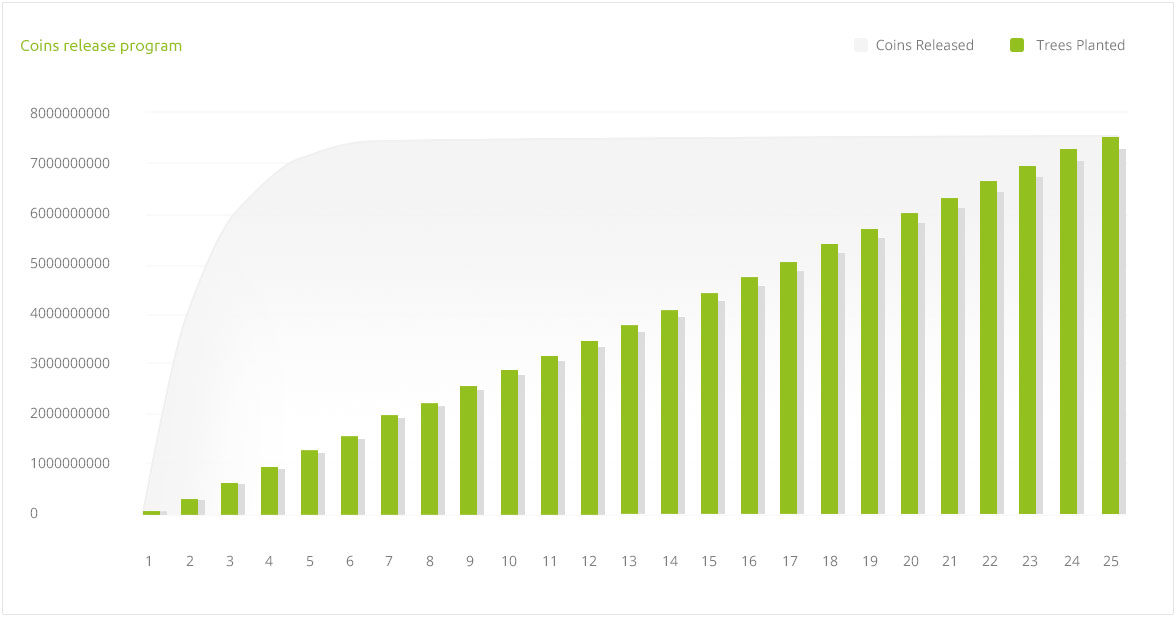 In successful cryptocurrencies the coins become more difficult to mine as time passes. This is theorized to push the value of the coin up as the reward is lowered. For example, in bitcoin, the block reward is halved every 210,000 blocks which is approximately every 4 years. When bitcoin was created the Block reward was 50 btc and is now down to 12.5. This decrease in block reward means that over time less and less new bitcoin are created, which combined with increased demand is theorised to support the price.

Forestcoin is designed in a similar manner, with higher rewards earlier in the coin release program, and the reward halving at each stage as we progress through the 25 stages.

The dual aim is to:

Beyond our goal of one tree for every person on Earth.

When we do reach our goal of having planted one tree for every person on Earth, we will start issuing coins on a daily basis to keep up with current daily world population growth with the new coins still being restricted to world population and divided by the trees planted for the previous day and issued pro rata. This means that the number of coins will be always restricted to one per person on Earth, but we can plant more than one tree for every person on the planet.